“Damn time flies. It feels like it was a week ago we were planning the summer shows with the guys at our little rehearsal garage and now it’s already the last summer weekend for us. It goes so fast.

I have to say this summer has topped it all and it has felt so damn good everywhere. We’re sitting here somewhere in Halle-Saale, Germany at the backstage with the crew guys and My First Band getting ready for the night and it feels super great. Even the weather is so warm. So the weatherman is on ourside too and I have a good feeling about tonight. And even if the summer shows are over soon, it doesn’t mean that the cold winds should start blowing immediately. So weatherman, if you’re reading this, keep on sending the sunshine as long as you possibly can 😉

After the show tomorrow in Papenburg, we will start focusing on our symphonic orchestra concerts in early October. We have finished arranging the first songs for that show and GOD they sound great! There are many songs on our albums that we always wanted to play with a huge orchestra and now we finally have the chance. I will, for sure, have tears in my eyes at “welcome to my life” and some other songs as we finally have the real live strings with us on stage. It’s amazing how fast the shows were sold out and that kind of tells us we really need to give everything we possibly can on stage for you lovely people those three nights.

After the symphonic shows, it’s gonna be pretty much about promoting our new songs and the “Best Of Sunrise Avenue – Fairytales” album. And also the super hyper cool DVD filmed this year in Hamburg at the sold out O2 World. We just watched the fresh DVD in the bus with the boys as we drove from Berlin and we were literally screaming twenty times because it looks and sounds so damn cool!! WE Are so PROUD!!!!! When I hopefully have grandchildren someday, I’ll show them this DVD. Look what grandpa did when he was young. It’s just a big W-O-W all the way and you all look so good and sing so great and loud!

Then after Christmas we will have our first longer break since we started in 2002. That feels really good. We all love doing what we do, but it’s great actually having a little time for ourselves and some distance to this great circus. I don’t know what the guys will do and I haven’t really decided where I will go and what I will do, but that’s actually the way I want it. I feel free 😉 The last 12 years with Sunrise have been totally unbelievable, but I must admit having no plans for some months is the best thing to do after the work this year is done. I’ll probably just sleep the first month and then just see what I feel like doing. Maybe I’ll join an Ice Hockey team. Or maybe not…

And the best thing about the break is that we have really cool festival and other plans for 2015 in the summer. So there’s also something we can wait for. Somebody somewhere wrote about a “Break-up.” No. We’re gonna have a “break.” That’s something very different. Usually after these breaks you come back with even more power. I believe that’s the case with us too.

I must say you guys have been super amazing no matter if it’s been rain or shine at the shows the whole summer. Please keep on going for two more summer shows and these five Finnish idiots will be super happy. As we are always with you.

So… Big hugs from the backstage and let’s sing really loud together in a couple of hours. 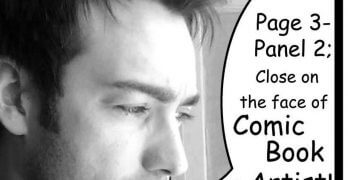